I just returned from a business trip in Costa Rica last week. Being in their business environment gave me some great perspective. It seems that things in San Jose were humming along, people going to work, crazy....I mean CRAZY traffic, busy restaurants (many of them American chains), and the Architecture/Development office I was working from, no one was idle....not even for a minute! Seems like sales of new mid-rise condominiums are going very well, and I see more than a handful from my office window under construction. After settling in I was thinking to myself, wow... does not look like the recession has hit here. But after talking with the president of a major development company he stated that things were moving forward but they were still very cautious. They are definitely feeling the affects of the great recession but you would not know it by everyone’s attitude.
While there I visited some retail stores and restaurants and not one person complained about a poor economy, they were just moving forward. BTW, the average income in Costa Rica is eight times less than the U.S. average. The saying amongst Costa Ricans is "Pura Vida"...translated 'Pure Life' or 'Full of Life'. Basically they 'enjoy life' regardless of their circumstances. Seems like their culture has a strong faith in God as I heard many times such references. On one of my taxi rides, because of a different currency, I apparently gave the driver too much money and as I was getting out he practically chased me down to tell me I overpaid by 4 dollars.....honorable people. I also attended a 'Home Show' in a make shift convention center. It was so well attended that we had to park in an open grass field a distance away from the center. When we got out of the car, my Costa Rican friend who drove us was walking back and forth looking for something or someone. When I inquired who he was looking for, he stated he wanted to make sure to pay someone to park there. To my amazement, after much looking around he finally found a guy that accepted his 5 bucks. Believe me if he would not found this guy it would not have mattered....no tow trucks that I have seen in Costa Rica. But it mattered to him....honorable people.
Back to the 'Home Show'. Funny how when I walked in the set-up looked like any home show in the United States. They had all the different booths lined up with different vendors; builders, banks, tile companies, developers, homes and condo's for sale....same old, same old.....but wait! There was a line around several Bank booths...I mean a loooooong line. Like a line of people waiting for tickets to a 'Beetles' Concert! I asked my friend...what are they in line waiting for? What could be so important? Is it free food or a raffle? No, other booths had all that too. It seems they were waiting to apply for a new loan or refinance existing loans. Apparently the banks are lending money a lot easier than before....sound familiar? My friend tells me that more people are qualifying for car loans these days in San Jose....everyone drives....oh no! I just hope it is not an indication of irresponsible lending practices that got the U.S. in trouble. Lets hope not......'Pura Vida'. 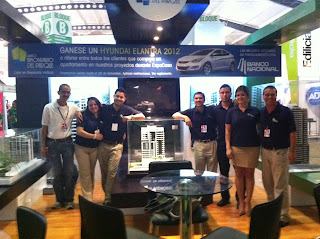 I also observed that there was real relationship between my Costa Rican friends. They seemed to really have each others best interest in mind. They ate over at each others houses.....a lot....socialized.... a lot. I have to mention the food... just crazy good! Seems like relationships were more important than business....they made me feel like a 'Tico' and a friend....honorable people.
On my return, as I sat in the Miami airport (good thing I speak spanish) after my cancelled flight because of hurricane Irene, I thought back to my Costa Rican friends. Instead of stressing over my 5 hour delay, I thought.....when was the last time I got to do some duty free window shopping and hang out at 'Fridays' on a Thursday for 5 hours? .....Pura Vida! I think from now on I'll incorporate that more into my thought process.
Posted by Ed Stroop at 7:40 AM No comments: 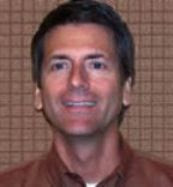